Georgia : A bridge from Europe to Asia

The world’s view mostly focused on what is going on in the ‘’new strong countries’’ like China, Brazil, South Korea, Russia. But, as the most farsighted people could confirm, there’s another scenario behind these trends that-beeing honest- are becoming  quite old and boring all the same. In this new power distribution, Georgia tries to find its place.

Georgia: See the future more than a economic investment

From the ashes of wars and repression, as the European History with its tremendous wars has proved, a new phoenix can also born.  The developement, after destruction, happens fast and brings new business opportunities, hopes and fresh air of changes for the new generations.  We should give a look to what happened exactly to Germany, now one of the strongest economy ever after the 2nd World War. Who’s the next?  The new ‘’stage’’ for a new future could be an early change: it is maybe the turn for East Europe, considering that until now is still underrated  but it is  raising up and is building day by day a relationship with EU and extra –EU countries. The quality of life is now better than  20 years ago in many countries like Poland, Romania, Albania, Hungary. There are always many entrepreneurs from ‘’the old Europe’’ , in particular from Germany and Italy , who choose to invest on them because the expected profitability. There are young  resources, energies and immense spaces available and the prices are still low for Europeans.

But in this new Europe, there are not just money and business to think about, but also roses and fresh flowers: the new generations. Living far from the Soviet’s time and its influence, they are now  dreaming of a new Europe participating in many exchanges, internships, training  courses and projects. This condition is well reflected in Georgia. Giorgi (22 years)  from Tblisi gave his opinion on the new perspectives for its country and the European Union. 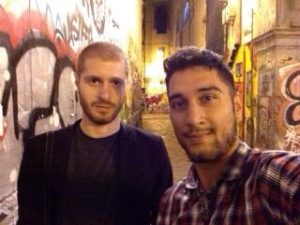 What do you do in your life? I know you travel actually around the world: do you do it for passion or because you feel disappointed by  what your country can offer you?

I do it for work, I’m a regist and I work for international companies . This is a great occasion to enjoy the world, improve my English and have better inspirations.  And I love my city, it’s crazy  and very multiethnic .

Hello Giorgi, if you should imagine Georgia In the middle of a dinner with all the countries of the world, with which one Georgia  would sit down with?

Nice question! (laugh) Sure not Russia, but I bet it would be  friendly with Europe, in particular with Germany.

About Russia, how is  the relationship with ? I know you were born just  22 years ago , right?  And Georgia became independent only 25 years ago more or less , so you lived the first changes of this country which was under the pressure of the Soviet …

With Russia, you know, is a disaster because it supports the rebels from  Ossetia and Abcasia. Just recentely it accuses us to be a good place for foreign fighters who are coming from Syria. Of course it is not true.

I did not perceive the change really because the things happened very fast and I was too young. I just know, because I use to see the older generations around me, that my education was more European: my friends can speak English as I can and they were  more open-mided  .

Why do you think Georgia should be part of European Union?

I think that Georgia is definely a European country. The proofs? Look at our  Christian churches, the integration between ethnic groups and many cultures, our buildings and thermal baths:  we belong to what we can call European culture, no?

I mean, in terms of ‘’convenience’’, what the European Union should expect from you (Georgia)?

Well,  we have free trade to all the ex-soviet union countries so European trades should consider this as well if they want to improve their import. And, don’t forget about the common fight to the terrorism: Georgia has got an important rule about it because it controls, exactly like Bulgaria or Balkans, all the immigrations flux from Middle Eastern.

Do you think that European Union is really considering your entry?

Of course,  but the the times  are always long for burocracy and there are many countries  in the list who asked to enter before us.

Why Georgia could be considered more as a ‘’foreign country’’ for Europe?

Our culture and language are quite ‘’special’’ and mostly unique, with no common thing with the others in the Caucasian area.  We still have some bad ways in our mentality , just remember that the Soviet was here for many years.For exemple,  for LGBT community is not that easy to live quietly , expressing themself in the open air, in the streets. It’s fault of course of our old times.. We are a bit far from some life style in Germany or in UK, but slowly we’ll reach that point.

If you should compare Tblisi to one of the European cities, what would you say?

(laugh) Naples, of course! For the colours,  the anciety and we have thermal baths as well ..! Ah, first of all because it is crazy like Naples. 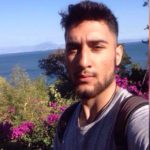 Nico Dicuonzo, 19, is an curious Italian student who is currently working on several European projectsto discover the countries, the mentality and the cultures

Georgia is a republican country located between Russia and Turkey. The capital of the country is Tbilissi and the country counts 3 729 500 inhabitants. Since 2003, it aimed to join the NATO and the European Union.